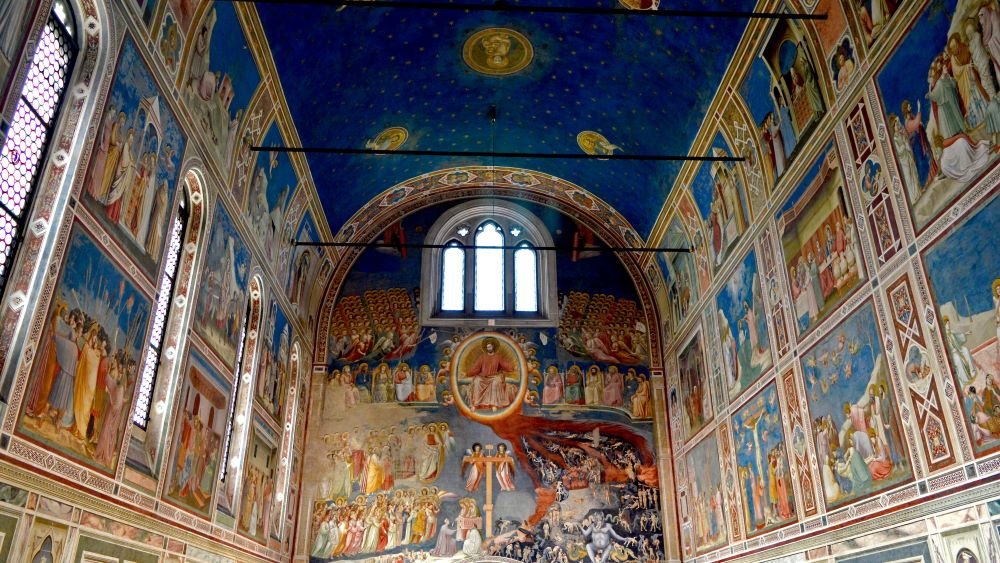 Italy: the frescoes of Padua inscribed on the World Heritage List

The 14th-century frescoes, inscribed on July 24, 2021 on the UNESCO World Heritage List, can be found in eight religious and secular buildings located in the historic walled city of Padua. Produced between 1302 and 1397 by several artists for different sponsors, the frescoes nevertheless present a unity of style and content.

For Mgr. Claudio Cipolla, bishop of the Italian city, the decision constitutes an important recognition, on the artistic and tourist level but also on the level of faith.

They include the cycle of frescoes by Giotto in the Scrovegni Chapel, considered to have marked the beginning of a revolution in the history of mural painting, as well as cycles of frescoes by different artists: Guariento di Arpo, Giusto de Menabuoi , Altichiero da Zevio, Jacopo Avanzi and Jacopo da Verona.

This set illustrates the evolution of fresco art in the 14th century. Inspired by advances in optical science, Giotto and other artists used spatial perspective here for the first time, depicting human figures with individual characteristics and emotional expressions.

Padua in Veneto, birthplace of Livy, is located about forty kilometers west of Venice. La Cappella degli Scrovegni – named after the banking family who had the frescoes painted in this private chapel near their palace – also known as the Chapel of the Bullring – has a single nave and the frescoes were painted by Giotto di Bondone (1267-1337) in 855 days between 1302 and 1305.

Fifty-three scenes from the life of Christ, the Blessed Virgin and Saint Joaquim as well as a large scene from the Last Judgment are represented. The barrel vault is all blue decorated and dotted with stars. His technique allows the fresco to stand out from the static and codified Byzantine style.

The frescoes in the upper chapel of the Basilica of Assisi are also attributed to him. The young Giotto is said to have started his career as a painter there, a student of Cimabue, accompanying him on the construction site of the basilica.