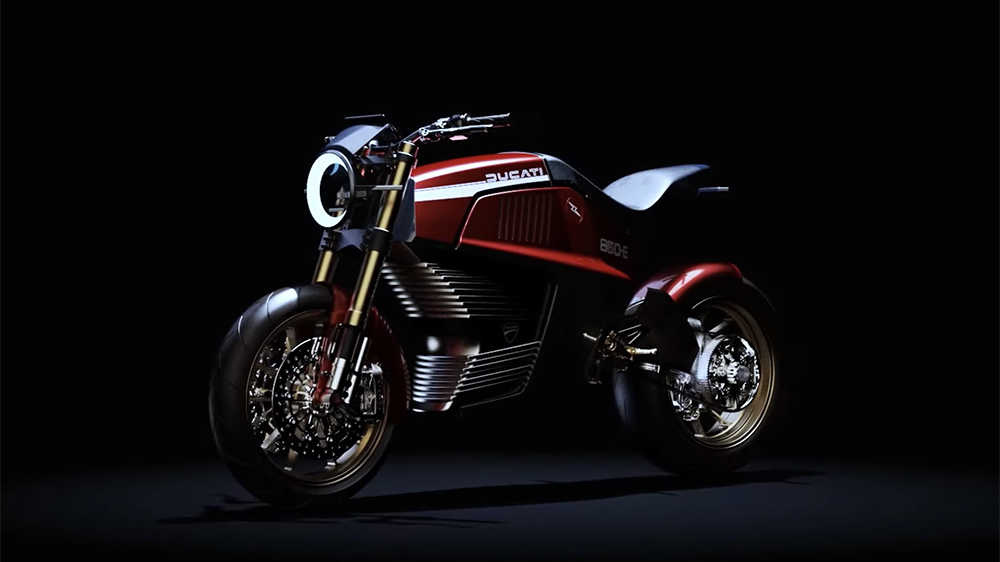 Ducati is in no rush to release its first electric motorcycle, but when the brand is finally ready to join the electric revolution, we hope it will call Italdesign.

The announced design firm recently released a video with renderings of an all-electric concept inspired by the legendary 860 GT sports bike. One word is enough to describe the futuristic prototype: magnificent.

Of course, if anyone wants to redesign the 860 GT, it’s okay with Italdesign. That’s because the original stripped-down bike was designed by one of the company’s co-founders, Giorgetto Giugiaro. Its angular fuel tank and duck tail saddle were bold design choices at the time and made the bike stand out. Unfortunately, they also turned off customers, forcing Ducati to redesign the bike just two years after its introduction in 1974. Over the next five decades, the bike’s design underwent a critical reassessment and is now accepted as a beautiful machine. who was years ahead of his time.

While the bike and the original concept are quite different, there is a clear spiritual connection between the two. Like its predecessor, the 860-E is angular and bare, giving it a look that’s both stylish and athletic. Its hollow circular LED headlight is also very eye-catching, and we hope more electric motorcycles will adopt. This is purely a design mockup, so there are no technical details available, but Italdesign wrote in the description of the video that it is meant to be â€œall electric and quietâ€.

Unfortunately, the renderings don’t seem to hint at an upcoming project. “No production is planned for this model, which is just an exercise in style,” said the design firm, adding that it was purely a tribute to one of Italy’s most famous motorcycles.

However, stranger things have happened. Count us among those who would love to see this design fantasy come true.

Meet the Pittsburgh TikToker making pasta all around ‘tahn