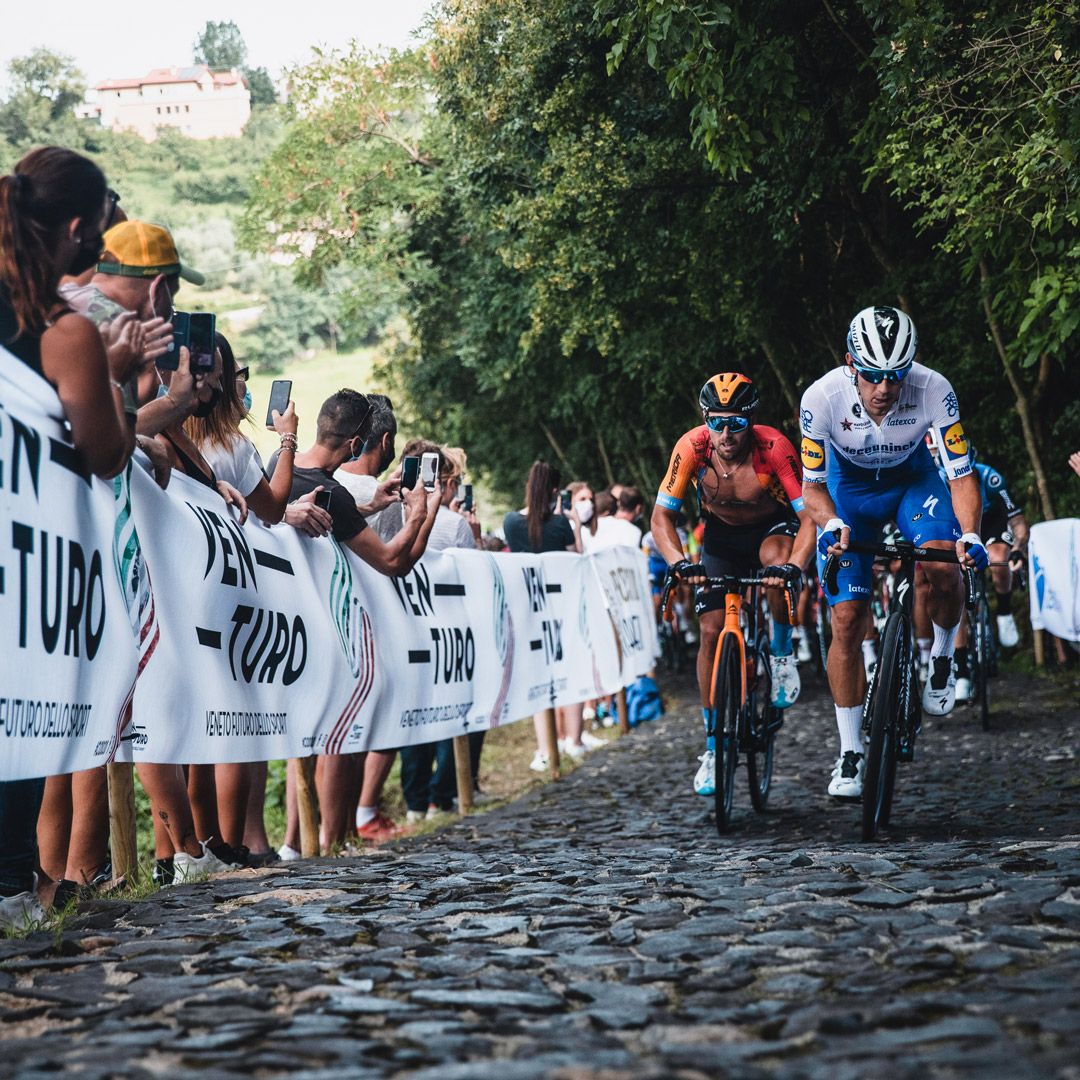 The final weeks of the 2021 European road racing season will feature a new series of races organized by Filippo Pozzato in the Veneto region of northern Italy with an innovative professional gravel race placed between the Giro del Veneto Wednesday October 13 and the new Veneto. Classic on Sunday October 17.

The Serenissima Gravel race will take place on Friday October 15, with a Granfondo VENEtoGO ride on Saturday October 16 open to the public.

The series of races and rides is called “Ride The Dreamland” and was officially presented at the Venice Casino on Thursday evening. The aim of the racing series is to promote cycling and tourism in the Veneto region.

Pozzato, originally from Sandrigo near Vicenza, in the heart of Veneto, retired in 2018 after a 15-year professional career including victory at Milan-San Remo. He successfully organized the Italian National Championships in 2020 with his business partner Jonny Moletta and hopes to secure a place in the WorldTour for the Veneto Classic race.

Pozzato will also host a round of the new Cyclocross World Cup on December 12 in Vermiglio, in the region of Val di Sole which recently hosted the MTB World Championships.

“Our concept for events is focused on offering the public a full range of events, not just a bike race. It has been months and months of hard work by our whole group and now we are ready for the start of something special, ”said Pozzato in Venice.

“Our special thanks go to our partners, the Regione Veneto but also the Veneto Federation of the BCC, Campagnolo, Wilier, Sidi, Elite and Vittoria. Without their support, this multi-year project would not have seen the light of day.

“UCI President David Lappartient told us that if things go well we can aim to have the Veneto Classic in the WorldTour in two or three years. We would like to see the start of the race in Saint Mark’s Square in the heart of Venice and thus create one of the most spectacular race starts ever, ”Pozzato explained to Tuttobici.

Pozzato and Moletta had to establish ad hoc special rules for professional serious racing with the Italian Federation.

It remains to be seen which renowned riders will participate in the Giro del Veneto, Serenissima Gravel and Veneto Classic, with some classic riders ending their season after Paris-Roubaix on October 2 and others after Il Lombardia on October 9. However, a quality start list is expected, including a number of WorldTour teams.

The 168 km Giro del Veneto will start in Cittadella and end in Padua after a loop to Vicenza, the homeland of Campagnolo, then south into the hills of the Colli Euganei. The race will also visit Vo ‘Euganeo, one of the first places in Italy to be hit by the COVID-19 pandemic.

The 126.6km Serenissima Gravel Race will start in the seaside resort of Jesolo north of Venice and head inland on the Sile and Treviso-Ostiglia cycle paths before ending in Piazzola sul Brenta near Padua . It includes 11 sections of gravel roads that represent approximately 75 percent of the race distance. The race ends with three 11 km laps around Piazzola sul Brenta so that spectators can see the race several times.

The 209.9 km Veneto Classic will start in Venice and visit Treviso, Conegliano and the Prosecco Hills before ending in Bassano del Grappa after three 13.8 km circuits that include the ascent of La Rosina and the cobbled ascent of Muro della Tisa.

Part 2 – The Factory of Champions: all the paths to follow on ‘Road to…