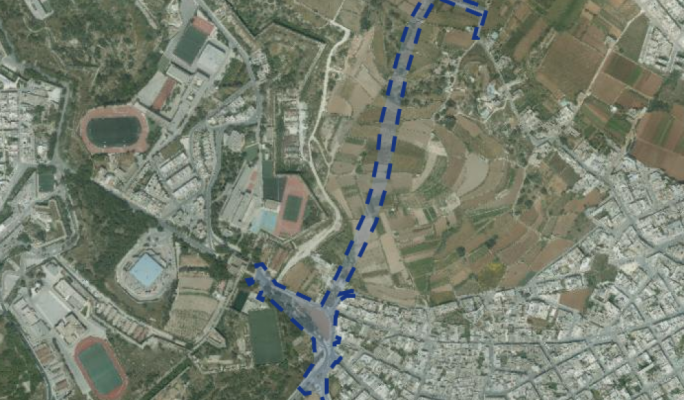 The agreement with Smart City on the relocation of the campus of the American University of Malta from Zonqor, includes an obligation for the government to build a new link road linking Bieb is-Sultan to Zabbar, to the Cappuchin convent in Kalkara.

A 643m dual carriageway linking the two landmarks was already proposed in 2007. But as proposed, the road would have resulted in the loss of 14,500m² of farmland in the scenic area of ​​Tal-Fata in Zabbar.

Now a spokesman for Economy Minister Silvio Schembri has revealed that an existing dirt road is currently being considered for the road link. “The government is exploring a different route to that proposed in the 2007 request, using an existing dirt road instead of passing the road through farmland in tal-Fata as originally proposed in 2007,” a porter confirmed. word.

The ministry did not provide further details on the road link project, which is bound to impact land adjacent to the dirt road. A new planning application describing the new route must still be presented.

The application submitted in 2007 had already been the subject of an environmental impact study in 2010, which confirmed the negative impact on agricultural land, while arguing that the road was necessary to avoid traffic jams and the increased pollution resulting from increased traffic in the area.

The request was never withdrawn but has been dormant since 2010.

One of the EIA studies concluded that 24 farmers, mostly working the land part-time, would have been affected by the proposed development in 2007. The development would have involved the dismantling of rubble walls, the uprooting of several trees and the destruction of rural structures.

Additionally, the road would have divided the agricultural area of ​​Tal-Fata into two blocks of land, while introducing traffic pollution to the heart of Tal-Fata. But the document says the new traffic expected due to the opening of Smart City Malta “is of such magnitude” that the new road is needed. But the EIA also warned that without a proposal to upgrade the Tal-Barrani junction, the project would have created more problems at Fgura and Zabbar.

The idea of ​​moving the road from arable land to fallow land closer to the Cottonera fortifications was already considered in EIA studies published in 2010 and was originally proposed by the Ministry of Agriculture in 2007.

But the proposal was strongly contested by the Superitendence for Cultural Heritage due to the proximity of the Cottonera Lines, a complex system of fortifications designed by Italian engineer Antonio Maurizio Valperga in the 17th century and named after Grand Master Nicolas Cottoner.

Moto Morini presents its range of motorcycles for India

Ancelotti And one of his next challenges with Real Madrid

Can e-bikes save the Covid bike boom?