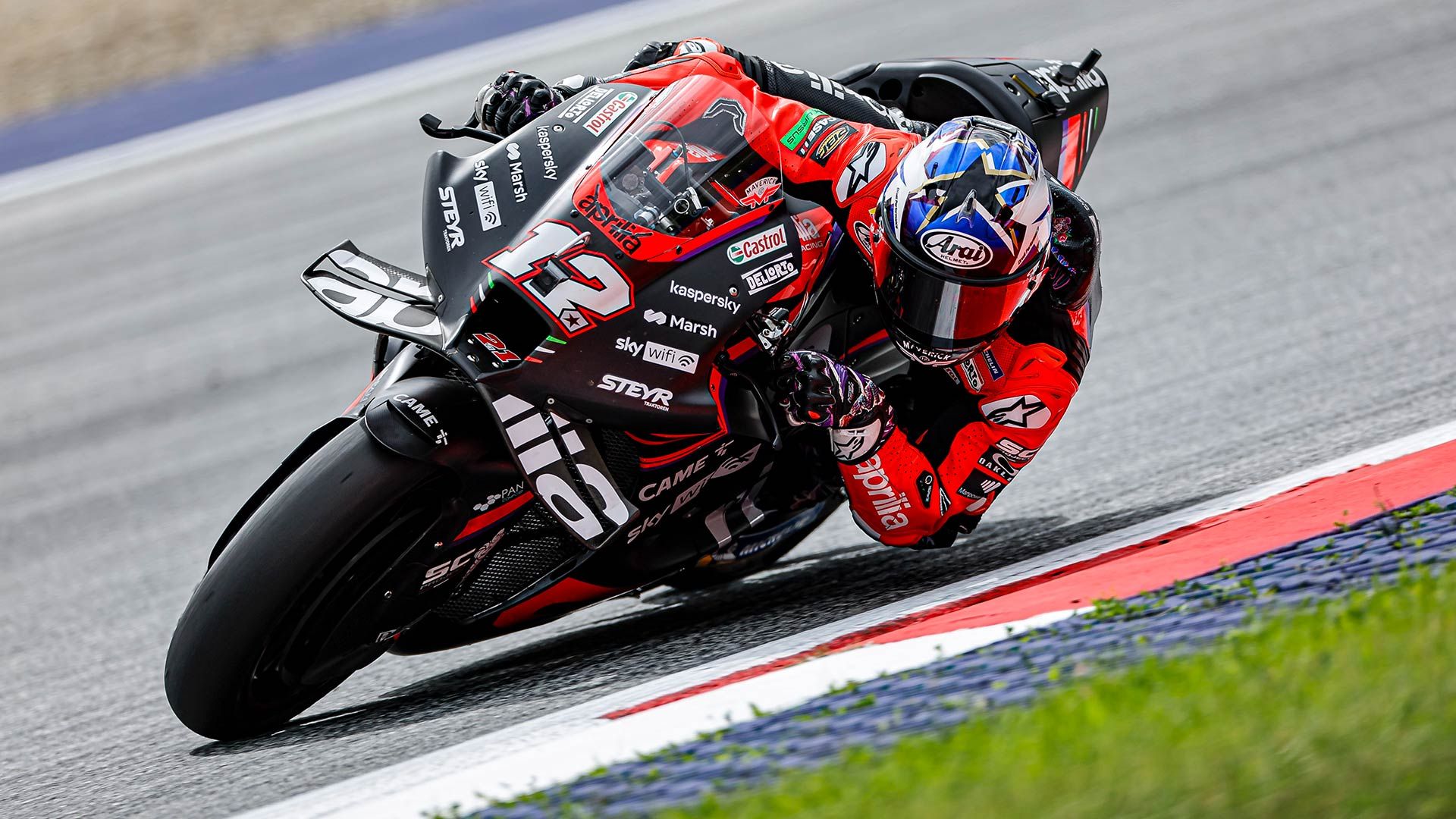 Aprilia’s range of adrenaline-packed two-wheelers appeal to riders of all types, including MotoGP riders. Yes, it’s true. Aprilia has a long history with racetracks. To be precise, it’s been 30 years since Aprilia started its motorcycle Grand Prix journey. And to celebrate, the Italian automaker has unveiled its craziest creation ever – the Aprilia RSV4 XTrenta which is getting winglets literally everywhere!

What are the highlights of this special trip so far? What was Aprilia’s first major victory in the Motorcycle World Championship? Let’s take a look at 30 years of Aprilia lighting up the circuits.

After deciding to join the racing world, Aprilia made its motocross debut in 1975. The debut of the Italian marque garnered a lot of attention. The media constantly expected to pit him against the seemingly invincible Japanese in the 250 class. 10 years later, on March 23, 1985, Loris Reggiani finished 12th in Kyalami, South Africa.

This 12th place finish was a sign of things to come. A few months after finishing 12th, Reggiani was on the winners’ podium in Rijeka; this time for finishing 3rd. The next two years saw further progress and improvements to the Aprilia engine, and there was widespread belief that a first Grand Prix victory was imminent.

On August 30, 1987, Reggiani and his AF1 250 stood tall, taking Aprilia’s first-ever Grand Prix victory. 1991 saw the introduction of a new MotoGP icon: Max Biaggi. The same year also coincided with multiple changes for the Aprilia 250 in the form of the RS250V.

The all-new RS250V demonstrated improved performance and was handed over to the new kid on the scene, Biaggi. As cliché as it sounds, Max won the European 250. In the same year, Aprilia took his first-ever win in the 125 class with Alessandro Gramigni. A year later, in 1992, Gramigni led Aprilia to its first Grand Prix title, becoming World Champion.

The following years were dedicated to Max Biaggi, enticing everyone with his magic at racetracks around the world. He was crowned 250 world champion on his Aprilia, in Australia, Malaysia, the Netherlands, the Czech Republic and Barcelona. 1994 was also a great year for Aprilia, thanks to Kazuto Sakata, who finished top of the 125 world championships in Australia, Spain and the Czech Republic. 1994 also marked Aprilia’s debut in the 500 class, thanks to twin-cylinder technology.

Valentina Rossi becomes the face of Aprilia in 1997

After Biaggi and Sakata steered Aprilia to glory, it was Valentina Rossi who took the Italian company to new heights. As Aprilia’s new runner, Rossi dominated the 125 class, racking up 11 wins from 15 races. Rossi assured that his performances in 1997 were not an anomaly.

He followed it with total dominance in the two years that followed. In 1998 Rossi and Aprilia won 13 out of 14 Grands Prix in the 250 class. Aprilia’s dominance was such that on four occasions the three podium finishes were all Aprilia riders. Rossi and Aprilia also continued their dominance in 1999, with multiple wins under the Italian company’s belt.

The following years saw some interesting developments, with multiple events leading up to 2006 – Aprilia’s best year ever. Aprilia became part of the Piaggio Group and the benefits of the reorganization were reflected in the Italian company’s success on the racetrack.

Related: Here are F1 star Lewis Hamilton’s favorite cars (and the one car he hates)

2022 promises to be more exciting than ever for Aprilia

Since its merger with the Piaggio Group, Aprilia has continued to beat the competition and exceed expectations. In 2010 Max Biaggi teamed up with the spirited RSV4. The result? Biaggi has conquered racetracks all over the world. At Imola, Max Biaggi became Italy’s first Superbike World Champion.

The partnership with Aprilia has also benefited the Piaggio Group. Soon the Piaggio group, with 101 world championship titles – Aprilia 51, Moto Guzzi 15, Derbi 21 and Gilera 14 – became the European motorcycle manufacturer with the most victories of all time.

2022 is shaping up to be an exciting year for Aprilia. Not just because it’s been thirty years since the Italian company began its exciting journey into the world of racing. Aprilia will be represented by the monstrous RS-GP motorcycle. Compared to previous Aprilia race bikes, the 2022 RS-GP will offer improved engine performance, braking and acceleration.

The talented trio of Aleix Espargaró, Maverick Viñales and Lorenzo Savadori is the trio of riders who have the responsibility and the privilege of representing Aprilia. The coming season will be a celebration of Aprilia’s journey over the past 30 years, as well as a reflection of the Italian company’s ubiquitous racing DNA.