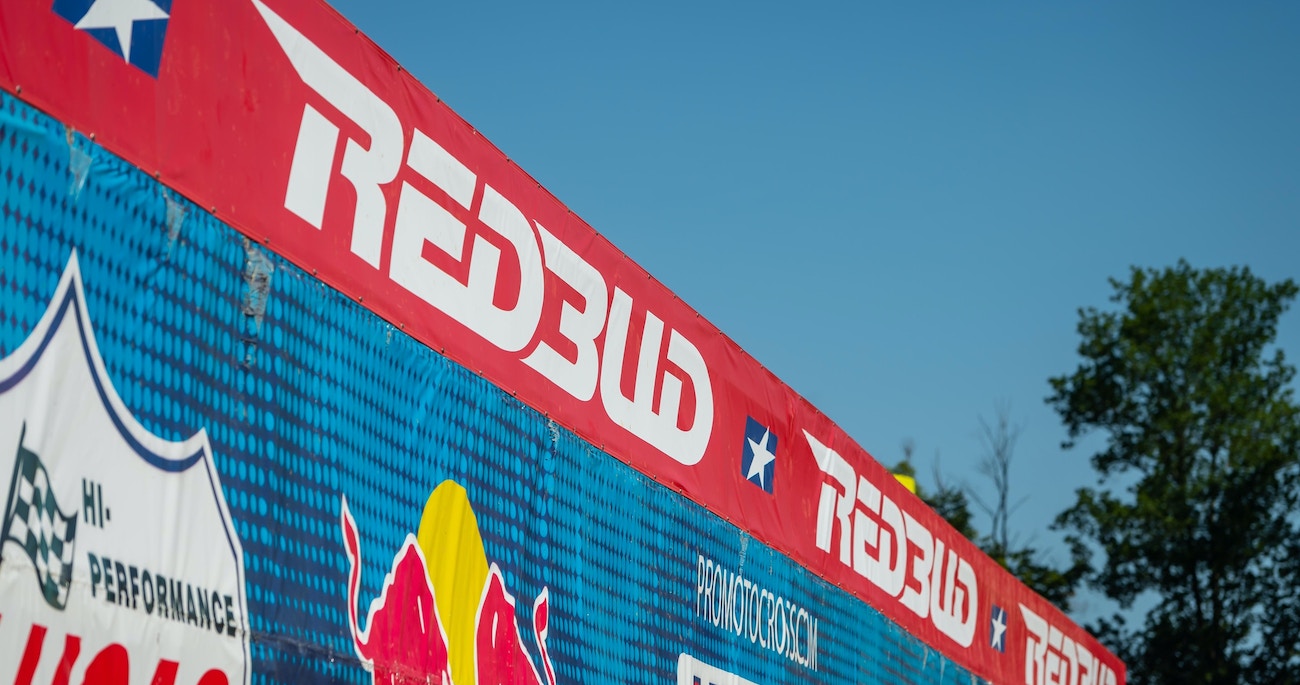 Remember the Atlanta 2 round of the Monster Energy AMA Supercross when Cameron McAdoo had that horrific crash that caused the red flag at the start of the 250SX main event? He crashed onto the top deck all by himself, his feet stuck in his bars and the bike spinning, giving us one of the highlights of the all-time spectacular crash as well as a red flag. It was impressive that McAdoo even stood up, and somehow his Monster Energy / Pro Circuit Kawasaki team managed to unfold his bike enough that he could line up for the restart. And he quickly grabbed the hole and had a hell of a run!

But this is where I had a problem with it all, or at least my personal opinion of what happened strayed from the rulebook. McAdoo was able to get up and get back into the race because there was a restart that he alone caused. He was going to be the last on the pitch if he had stood up without a red flag, but since there was a red flag he was able to stand up, return to his original starting point, and then take the lead in the restart. . He did absolutely nothing wrong, but the rule gave him a pass in that there was no penalty or even loss of position due to his fall. In fact, he ended up enjoying it more than everyone else in the race – none of them crashed with him and were all operational when the race was stopped. As the accident happened before the third lap, it was a complete restart of the race.

Now let me explain what happened last weekend in the EMX125 race at Matterley-Basin in England. Towards the end of the second race (or at least after halfway) an Italian rider named Ferruccio Zanchi was leading with British GasGas rider Bobby Bruce second, Dutch rider Husqvarna Kay Karssemakers third and race one winner Haakon Osterhagen, a Norwegian aboard a Fantic, Fourth. All these young 125cc riders are impressive to say the least. Osterhagen passed Karssemakers for third place as they finished the fifth round. Shortly after starting the sixth round, Bruce and Osterhagen both passed Zanchi and then started to fight. And just before crossing the finish line to start the seventh lap, Osterhagen headed a header on Bruce.

However, before that sixth lap was over, a red flag came out all over the track because Karssemakers and Zanchi had collided in mid air, the Italian crashed extremely hard and knocked unconscious – and that could have been much worse.

Here’s the catch. Because they were past the halfway point, the rulebook states that the red flag marks the end of the race and that the positions will be determined by the last fully completed lap. before the red flag. And that meant that despite the fact that Zanchi, the runner who collided with Karssemakers while fighting for third place, was knocked out and would not have finished the race, was declared the winner as he was in the lead the last time they crossed the finish line. before the red flag goes out. And Osterhagen, who was leading at the start of lap six, was placed third, where he was at the end of the previous lap.

Like many people watching the race on MXGP-TV.com, I was very relieved when it became clear that Zanchi was awake, just as I was relieved that Cameron McAdoo had stood up in Atlanta. But I guess a lot of viewers were also very confused when Zanchi was declared the bike winner and second overall and his team manager stepped on the podium and accepted his trophy on his behalf because the kid was still in the ambulance.

Even with red flags, at the start of the race or at the end of the race, there must be better ways to get results that better reflect what really happened on the track, who fell and caused the crash. ‘stop, and who was actually leading when it all stopped.

The leaders continued to the point of falling almost before the red flags actually came out, so Osterhagen had been in the lead for almost a lap and a half by the end of the race, but because of where and when where the accident happened, the results say otherwise. And I’m not taking it out on Zanchi, because Karssemakers was still there on the side of the track when the leaders came back, so he would have been at the back of the pack as well.

Even MXGP-TV.com host Paul Malin was unsure, stating â€œOsterhagen will be confirmed the overall winner with two race wins, and Marc-Antione Rossi, with a second and a fifth, would be second. in the general classification … “Osterhagen won the general classification, it was with a 1-3. But poor Marc-Antoine Rossi, a fast young Frenchman, would drop from second to fourth place with his 2-7, which cost him a place on the overall podium.

I don’t have the answers to either the AMA rule or the FIM, and I know safety should always come first, but with timing loops all around the track, it looks like there has to be a better way to mark races exactly when they have ended, and not until the reason it ends early has happened. Thoughts?

Drew Witherell sent us this note and a photo from the AMA Amateur National Regional at Pleasure Valley Raceway near Johnstown, PA:

Tribute to Scott Sheak by Johnny Lyon and Sebastian Witherell â€” Seabass518. They ran # 4 in its regional race to honor Scott’s â€œRoad to Loretta Lynn’sâ€.

Here are all of Scott Sheak’s finishing touches at Loretta Lynn as a kid on the growing Green Team, starting with the very first year, 1982.

And here are Scott’s results from his years as a veterinarian rider at Loretta Lynn, which apparently went their separate ways because he had a different address from his original address (we’ll combine them again soon):

His last year, 2015, was the year he got number 4 which you see on Seabass518 in the photo. Sheak was preparing to return in 2021 when he was fatally injured in a training accident in New York in early May.